How to Book Matches with the Supporters Club

Once the fixture list for the season is released in June or once draws for Cup Competitions have been completed bookings will be accepted.

To Book Match Tickets and Coach Travel or just Coach Travel only through the Supporters Club just follow the below couple of steps:

2. Email the Branch Secretary with all your details (if not already registered) such

provided from the supporters club.

Or alternatively Complete the Supporters Club Booking Form (only required on

with a cheque made payable to MUSC. 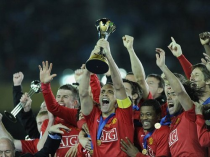 For our detailed Supporters Club Rules which includes details of how you book to matches, our entire Pick Up Times and Locations, plus our coach travel rules and general information about the Supporters club please click on the below PDF.

Due to the very high demand in Supporters Club match tickets for games such as Liverpool, Manchester City etc. a number of years ago we had to introduce a rule with a fairer distribution of these match tickets rather than just sold on a first come first basis

Each Match Ticket for a Category A game will only be sold to Official Members that have been to or have booked to a Category B Game.

For example if you wish to book for one Match Ticket for Liverpool, Chelsea, Manchester City, Spurs, Arsenal or Leeds United you need to have been with the Supporters Club or have booked in advance one game within the Category B games (i.e. Crystal Palace, Norwich City & Wolves). This meaning that any Official Member cannot just book with the Supporters Club purely all the big games within the Category A games on a first come first served basis within the season.

Additionally to this any Official Member that just attends a Champions League group home match or a lesser Premier League Home evening fixture with the supporters club or alternatively a FA Cup Home match will automatically qualify for the chance of purchasing a ticket for two games from the Category A games. (Subject to tickets remaining within that category)

This rule not only helps us sell our allocation to all the lesser games but more importantly helps to keep the Supporters Club coach running to all the Home League & Cup games we travel to. As well of course giving a fairer distribution of the high interest matches tickets rather than just sold on a first come first served basis, or to the members who have been to the most games within the season.